While on sabbatical this spring, in addition to beginning my book project, I had the opportunity to work on two papers regarding race and voting in the outgrowth of the 2016 election. While these papers take different methodological approaches, they both address the problems of race in politics in the Era of Trump and how race come to shape political considerations in twenty-first century America.

We live in an era that aspires to put the Jim Crow legacy behind us, and yet racial discrimination continues to dominate our political, legal, and cultural conversations. Recognizing that legacy and thinking seriously about how to end it is the dominant theme of these two papers.

Our doctrines mandating antidiscrimination in the law of politics are designed to protect the minority from domination by a racial majority. While this concept is easy to state, the hard questions arise when politicians improperly consider race in politics, as they have in the wake of Shelby County v. Holder. Race consciousness is impossible to avoid in tasks like calibrating voting qualifications and drawing electoral districts, but courts are currently having to determine when the act of drawing the rules of voting is an act that places an impermissible disadvantage on a racial minority in order to maintain one’s political advantage. This problem lies at the heart of my paper, When Political Domination Becomes Racial Discrimination: NAACP v. McCrory and the Inextricable Problem of Race in Politics. Where doctrine has grappled with political racial domination, with the election of Donald Trump, American politics seems to have entered an era of the open re-emergence of white identity politics. But this centering of whiteness is nothing new, and its enduring power comes in part from the fact that its justifications and subordinations are often explained away. And thus, in the words of Sara Ahmed (who’s article prompted the CUNY Law Review’s publication of the collection in which my article appears) racial domination is explained away as “something else.” In Normalizing Domination, I bring this insight to bear in the law of politics. 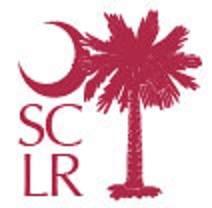 When Political Domination Becomes Racial Discrimination: NAACP v. McCrory and the Inextricable Problem of Race in Politics, South Carolina Law Review Vol. 68 (2017).
In North Carolina State Conference of the NAACP v. McCrory, the United States Court of Appeals for the Fourth Circuit struck down North Carolina’s 2013 omnibus voting law due to its discriminatory effect and the fact it was passed with an intent to abridge the ability of African Americans to vote. This decision represents a landmark victory for voting rights advocates against strict voter identification laws and other similar regulations that foster voter suppression. It also represents a remarkable and extraordinary use of the Arlington Heights doctrine to address the race or politics problem in election law. This Article examines the McCrory decision with an eye towards parsing out how the court arrived at this due care approach. It then confronts the uncertain future of McCrory considering the difficulties in distinguishing impermissible racial motives and permissible political motives, the uncertain judicial future of the post-Shelby County Voting Rights Act, and the academic literature disfavoring race-conscious remedies. The Article concludes optimistically by noting that whether McCrory represents a momentary victory in the larger attack against the Voting Rights Act or whether it stands as good law for the foreseeable future, the opinion offers a well-reasoned approach that accomplishes the ends of the Constitution and  the Voting Rights Act through offering a race-conscious intersectional approach grounded in the reality of voter suppression in North Carolina. 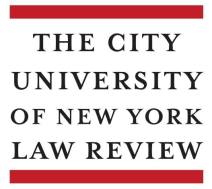 Normalizing Domination, CUNY Law Review Vol. 20: Iss. 20 (2017).
In the 2016 election, a sufficient majority of white voters in key battleground states elected Donald Trump president. In voting for Trump, these voters, as part of the minority of voters that supported Trump, had to, through their vote, either embrace or ignore his racist, sexist, xenophobic, and homophobic rhetoric. Though it is impossible to know which, their votes nonetheless served to “normalize domination”—that is, their act of legitimizing Trump’s rhetoric made the absurd or incendiary commonplace and acceptable. Even before the 2016 election, institutions and individuals have normalized of the ideology of white supremacy by camouflaging it with other normative values while at the same time allowing it to flourish and reinvent itself. It asserts an epistemology of failing to know racism–a key component of what scholars know as post-racialism – as a means of achieving colorblindness. The late great Derrick Bell recognized how the underlying structure of American politics is defined by domination that embraces white identity politics as central. Thus, the institutions that continue American democracy seek to organize the American political and legal structure to protect such domination. This short essay focuses on this problem through a brief examination of the American law of politics and argues for a new race consciousness can be used as a compass to understand the structure of political domination and thus subvert such domination to create an egalitarian society.