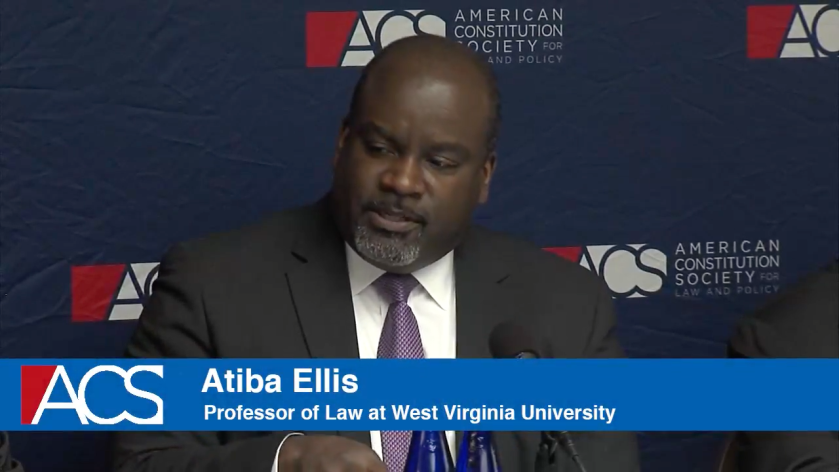 In mid-January I had the great pleasure of pleasure of participating on a panel hosted by the American Constitution Society and held at the National Press Club in Washington D.C.  The event was entitled “The Perils and Possibilities of Election Commissions.” In light of the recent disbandment of the Pence-Kobach Commission on Election Integrity (which apparently existed to substantiate President Donald Trump’s unfounded allegations of widespread voter fraud), this conversation was a timely examination of the feasibility of national election reform driven by appointed study commissions. I was honored to get to participate, and I hope you benefit from watching the video.

You can watch the archive of the event in the video embedded below, on the ACS website, or directly on YouTube. My opening statement begins at 12:33 in the video, but I encourage you to watch and listen from the beginning and take in the full discussion of this esteemed panel.

In the nearly two decades since the controversial 2000 presidential election, numerous commissions have been formed to examine and reform our voting processes. These commissions have issued recommendations on a wide variety of subjects, including voter identification, early voting, and online voter registration, and their influence can be seen in Supreme Court decisions and how we conduct our elections at the federal and local levels. Nearly a year ago, the Trump Administration established a “Presidential Advisory Commission on Election Integrity,” which was recently dissolved amid controversy and litigation. This development presents an opportunity to better understand how commissions are supposed to function and how they shape election law and voters’ experiences. Have these election commissions made our system more fair, effective and transparent? How and to what extent have they influenced voter confidence in our elections? And what challenges persist in our election processes that might be worthy of examination by such a commission?

Natalie Tennant, Manager of State Advocacy on voting rights and elections at the Brennan Center for Justice at New York University School of Law, Former Secretary of State of West Virginia